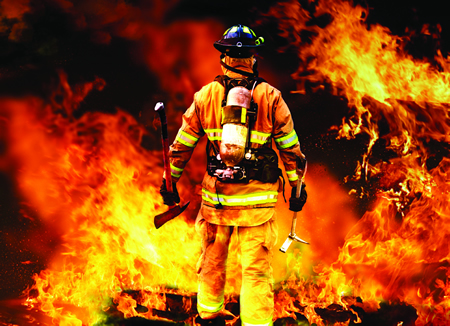 The Colorado Professional Fire Fighters Foundation was established January 15, 2002 as a 501 (c) 3 tax exempt charitable organization. The CPFF Foundation is operated solely as a charitable and educational organization providing support to Colorado fire fighters, their families and communities. There are 15 people that serve on the Board of Directors that come from the fire service, business professionals and citizens in the communities around Colorado.

To date the CPFF Foundation has granted $252,000 to 45 firefighters, firefighter families and the community! The first grants that the CPFF Foundation awarded was on November 23, 2004 to a Colorado Springs and Castle Rock Firefighter who succumbed to illness in the amount of $1000 each.  In 2012, $120,000 was granted to 15 volunteer firefighters who lost their homes in the 2012 High Park Wildfire. The Randy Atkinson Scholarship was established in 2013 and 10 – $1,000 scholarships were awarded.

The largest donor is the Denver Fire Department Federal Credit Union’s reward credit card whose proceeds contribute over $30,000 annually. Donations are acquired from state-wide events that fire departments host such as golf tournaments, poker tournaments and support from other fire fighter foundations. In 2012 9News in Denver joined with the CPFF Foundation to assist with fundraising efforts. Kroenke Entertainment (Colorado Rapids Major League Soccer Club) joined with the CPFF Foundation to assist and match fundraising efforts. Visit our supporters page to see other businesses supporting the CPFF Foundation.